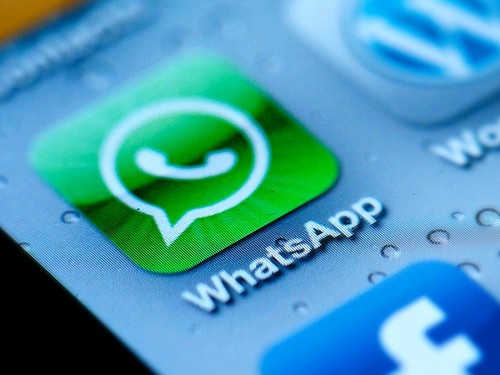 The product strategy and mix in WhatsApp marketing strategy can be explained as follows:

WhatsApp is one of the world’s largest chatting app. WhatsApp is a messaging app where customers can send text messages, location on maps, pictures, videos or voice messages to their contacts. They can chat one on one or in a group. The product in its marketing mix is an app that allows users to exchange text, videos, images etc using internet. There is also a provision for calling which can be used by the customers where there are no call charges only network data usage. WhatsApp users have a profile where they can upload their picture and have a status underneath it. This is the information which can be seen by other users who use the app. The messages are end to end encrypted and cannot be viewed by third party. WhatsApp also has the provision for sending documents online. These documents can be pdfs, word docs, excel sheets etc. Also links of certain websites can be shared so that by just tapping the links the users can visit the site. WhatsApp takes care of privacy of the users i.e. by providing options like hiding the last seen which indicates when the user was online last, profile picture and message reading status which is given by two blue ticks. The app can be used from the PC as well by scanning a QR code through the mobile. WhatsApp is the most used and the world’s most popular messaging app. When it first started it was launched as a free app. The main advantage of the app was that it did not cost money like the message carrier services and hence became popular among the users. WhatsApp in some countries is free for the first year but then charges one dollar per year per user. This is very affordable for the customers and hence they don’t mind paying the price. The WhatsApp user base being 1.2 billion strong the revenue can be expected to be at least 80% of the that number after deducting the countries where the service is free. Also, some users are exempt from paying the price in countries where it is not free based on their usage. If they use it frequently they don’t have to pay for the service.

Following is the distribution strategy of WhatsApp:

Also, the app can be downloaded from third party sites which have the authentic version.

WhatsApp doesn’t promote itself through traditional marketing channels. Its advertisements cannot be seen on TV or heard on the radio. Neither does it use print media to spread the awareness amongst its users. There are no ads on WhatsApp. Thus, the popularity spread among the users owing to the word of mouth marketing where the early users found the app extremely easy to use and free of cost. They recommended it to their friends and thus the network started to grow rapidly as the onboarding process was easy which was aided by deeper smartphone penetration and availability on a number of operating systems. Facebook’s acquisition itself added to the popularity of the app as it was its greatest acquisition till date. WhatsApp thus doesn’t promote itself as such apart from the app description on the app-store and Google store where the features are highlighted and positive customers reviews are great in number.

Since this is a service marketing brand, here are the other three Ps to make it the 7Ps marketing mix of Whatsapp.

Jan Koum is the CEO and cofounder of Whatsapp. The hierarchy is simple which doesn’t have too many levels. There are total of 55 employees out of which there are 50 engineers. The rest five form the top management. The believe in simple structure having the best people in the structure.

WhatsApp’s Physical evidence includes the user interface which is the aspect which decides whether the users find it easy to use the app or not. The other aspect is the colors used in the app. The shades are of green and blue which is a cool color scheme which promotes calmness. The last aspect is of the service being free of cost which makes it popular.

The process of using WhatsApp is simple. The app is first downloaded from one of the platforms available. Then the user is verified and then the contacts are synched in it. The user then can start using the app by sending text messages, videos, voice messages or pictures to his or her contacts and expect replies from the same. This is how the communication takes place. The pictures and videos get stored in the phone in a specific location and can be accessed later. The chats get backed up and can be restored. The app can be used infinite number of times in a day by the user and while it is being used it takes up the mobile data or wi-fi data to operate. The WhatsApp chat app is free. This gives an insight on WhatsApp marketing mix.

WhatsApp is a messaging app which was founded in 2009 by Jan Koum and Bryan Acton who were former Yahoo employees. It was named WhatsApp as it is similar to ‘What’s up’ It was later acquired by Facebook for 19 billion USD. It boasts of 1.2 billion users globally as of 2017. Initially it was launched only on the app store but now it is available on other operating systems as well. Its competitors are Telegram, Skype, Line, Viber, BBM etc.

The names and other brand information used in the Marketing Mix section are properties of their respective companies. The companies are not associated with MBASkool in any way. The brand names are used purely for educational/academic purpose only.