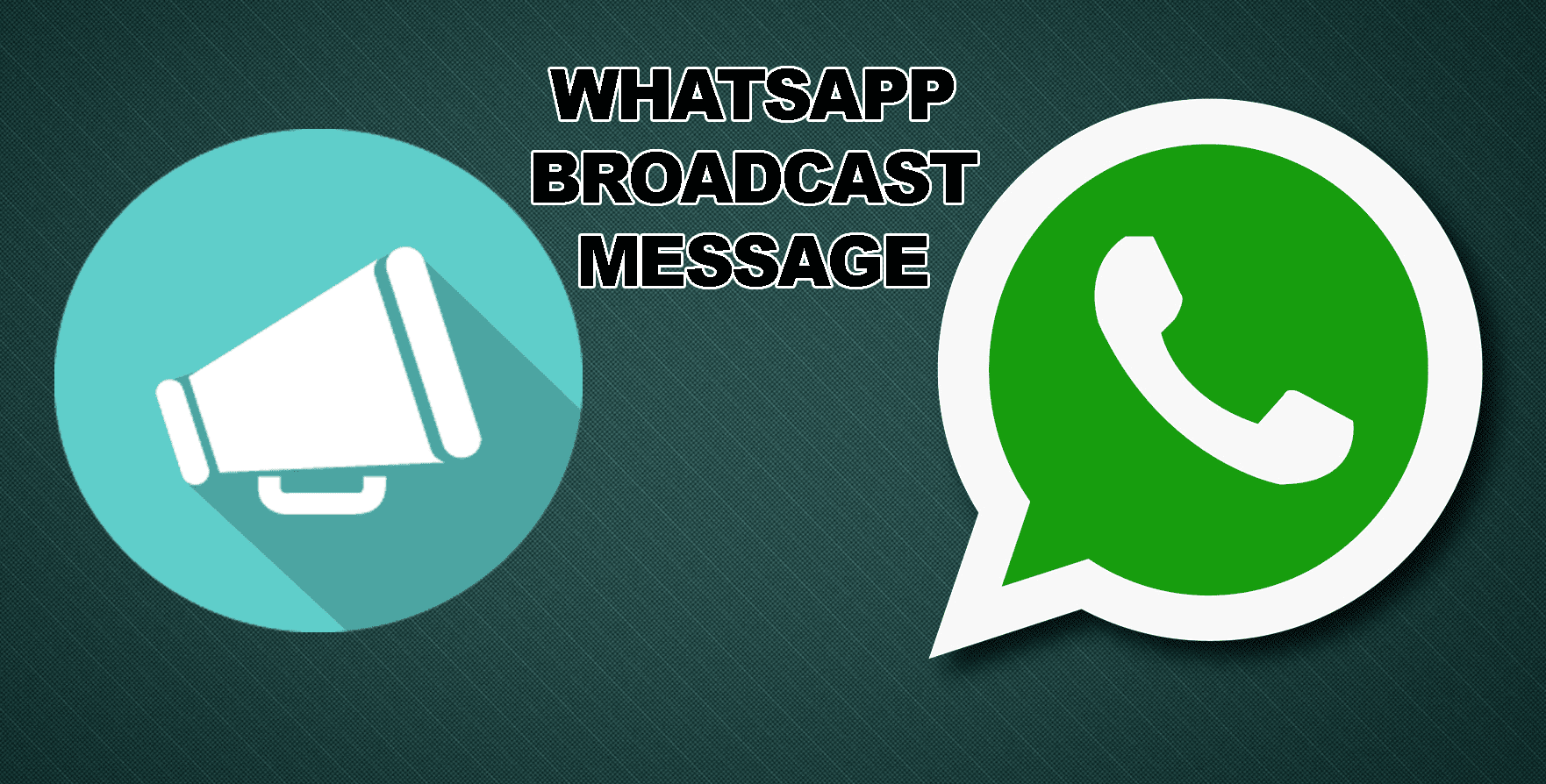 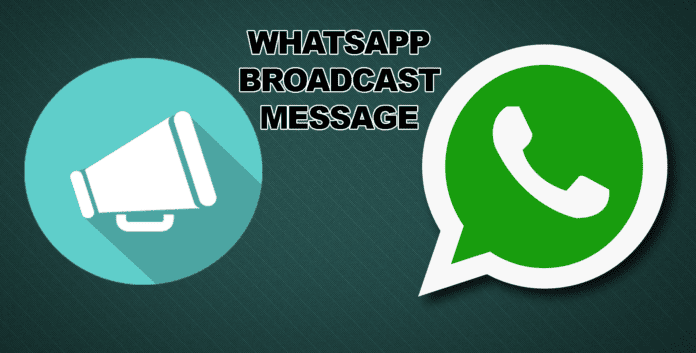 WhatsApp is a free mobile app that uses your phone’s internet connection to let you chat with other WhatsApp users, without SMS text message charges. The app also lets you share files and images, and supports free voice and video calls.

This WhatsApp Feature support for a wide range of phones has made it especially popular in areas with high SMS charges, including Brazil, Mexico, and Malaysia—where 60 percent of the population uses WhatsApp. In fact, it’s the most popular alternative to SMS in 109 countries, or 55.6 percent of the world.

What Is WhatsApp Broadcast?

WhatsApp Broadcasting feature has been introduced in late 2013. A Broadcast List “allows you to create, save and message a list of contacts instantaneously. Recipients receive your broadcast message like a regular message – directly in the individual chat.

Recipients also do not know who else received the message and do not know that it was sent as part of a Broadcast List. When they respond, they only respond to you individually. In this sense, it works like the bcc (blind carbon copy) function in an email.” Broadcast lists are currently limited to 250 contacts each (however users can create any number of lists).

Read More: How To Know If Someone Read Your WhatsApp Broadcast Message

How to Use WhatsApp 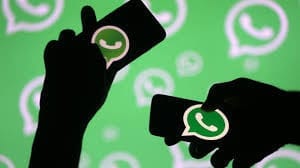 WhatsApp has versions for iPhone, Android, Windows phone, and the Nokia S40. There’s also a web app and desktop versions for Mac or Windows PCs, but you need to have it installed on your mobile phone first since each WhatsApp account is tied directly to a single phone number.

Once you download and install the app, you need to confirm your country and enter your telephone number. To set up your profile, you can either import your Facebook information with a single click or manually add an image and add a profile name (which you can change later).

WhatsApp uses the phone numbers from your phone’s contact list to show you an up-to-date directory of WhatsApp users who you already know. Anyone who has your phone number in their phone’s address book will automatically see your listing, too, unless you change your privacy settings.

Basic Ways to use WhatsApp App for Sending Messages

There are three basic ways to share messages, photos, and videos using WhatsApp.

Like other chat programs, you can chat specifically with another user who is in your telephone’s contact list. You can likewise call or video call them, or even record bits of sound to audio to them.

When you send a message to a broadcast list, it will go to anybody in the rundown who has your number spared in their telephones’ address book. They’ll see the message as an ordinary message, like the BCC (daze duplicate) work in email. On the off chance that they answer, it will show up as an ordinary, coordinated message in your visits screen, and their answer won’t be sent to any other person in that communicate list. Communicate records are restricted to 256 contacts.

Group chats let you message with up to 256 people at once, sharing messages, photos, and videos. Everyone in the group chat can chime in and also see everyone else’s responses.

Read More: How to Create a WhatsApp Group Invite Link 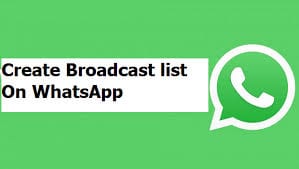 Note: Only contacts who have added you to their phone’s address book will receive your broadcast message. If your contact is not getting your broadcast messages, check to make sure they have added you to their address book. Broadcast Lists are a one-to-many communication. If you want your recipients to participate in a group conversation, you should create a Group Chat instead.

Useful Tips for Companies on WhatsApp 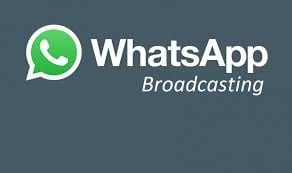 To avoid overtaxing or scaring away customers, it is essential that they are addressed sensitively and above all in a personal manner for WhatsApp newsletters to succeed. These eight tips ensure that nothing can really go wrong for companies on WhatsApp:

A WhatsApp pamphlet, much the same as an email bulletin, is electronic mail. It is liable to a similar European enactment: the beneficiary must agree to the dispatch of messages. This is for the most part done by the endorser sparing an organization’s number in his or her own particular contacts and by sending a pick in message to the organization (e.g. “Begin”) by methods for a WhatsApp message or an online frame. It is best to spare these enrolments as screen captures.

The privilege of withdrawal should likewise be called attention to: the client must be educated, in any event while enrolling and in a perfect world with each WhatsApp bulletin, that they can drop their membership whenever – by methods for a withdraw message (e.g. “Stop”) and by erasing an organization’s number from their own contacts.

Use Short and Sweet Messages

It is vital to keep the substance of your WhatsApp messages as short and straightforward as could reasonably be expected. The endorsers would prefer not to peruse messages on the cell phone which are numerous lines long – WhatsApp is the wrong medium for that. It’s best to bundle the data to be moved in a compact arrangement with two or three web joins, e.g.:

Customers react especially delicately on WhatsApp to the quantity of messages they are sent. The accompanying subsequently applies: don’t exaggerate things! It’s vital that your clients aren’t overflowed with endless messages, on the grounds that an excessive number of messages will before long drive them up the wall and end up vexatious. There is a high likelihood that this will prompt your clients dropping their membership to your administration.

Suppliers who send a few messages multi-day have the most reduced membership crossing out rates, to a great extent beneath 10% with this perfect number of messages. As the recurrence builds, so too does the quantity of dropped memberships. Once the perfect beat is discovered, the snap rate likewise increments. Here, as well, the accompanying applies: the lower the number of messages, the higher the swap rates. In tests, the most elevated number of snaps was accomplished when a few messages were sent for each day. Normally you should find out the ideal recurrence for your organization and your objective gathering yourself.

When utilizing WhatsApp administrations, you ought to constantly just send significant messages to which the beneficiary has extremely bought in. Here it is especially imperative that the theme of the message additionally compares to the subject which the client anticipates. In the event that, for instance, a customer subscribes to the ticker of a sporting event, you should definitely not pester them with messages from the field of politics.

Generally your client will before long drop their membership to the WhatsApp benefit and conceivably get a horrible impression of your organization. It’s ideal on the off chance that you demonstrate clients what messages they can expect by giving cases previously they start their membership.

First, determine – what the benefits of using WhatsApp are for your company. Is it helpful? Will my company profit from it? Will my customers profit from it? Is it at all worthwhile, and do we have the necessary resources for another information and service channel?

After all, using WhatsApp services is not appropriate for every industry and every company. The motive for using them is also important: Are you using WhatsApp because it makes sense or because you are following a new trend? These are questions which every company must answer for itself.

Case Studies on How Businesses Use WhatsApp Broadcast Lists 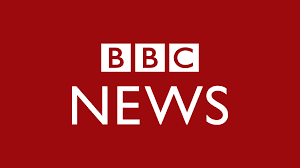 In 2014, the British Broadcasting Corporation (BBC) used WhatsApp “Broadcast Lists” to disseminate news regarding the general elections in India and the Ebola crisis in West Africa. Since WhatsApp doesn’t allow brands to have their own channels yet, the BBC used their existing online and offline channels to promote a mobile number for the audience to add to their contacts list. In order to start receiving messages on the topics of interest, users needed to send the word “JOIN” to that number. Users were also offered the option to unsubscribe from the WhatsApp broadcast list by sending the text “STOP”. 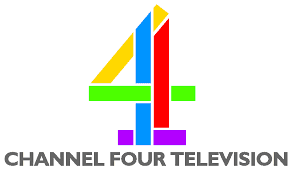 Also in 2014, British public-service television broadcaster Channel 4 started using WhatsApp broadcast lists so that more people receive news updates, as well as previews of big stories which are to be discussed during live shows. Channel 4 News ensured that they will not share users’ mobile numbers and other details with any other third parties. 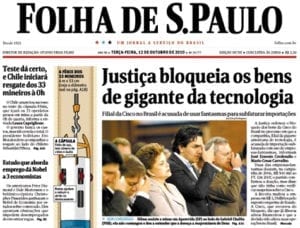 TV broadcasters are not the only ones using WhatsApp. Many Brazilian newspapers have started to use the channel in order to receive contributions from their readers. Images, audios, and videos sent through the app have also been used in published newspapers, TV and Internet. So what are you waiting for? Make use of WhatsApp Broadcast list

Austrian nationwide radio station Hitradio Ö3 is also using WhatsApp to stay in contact with their audience who can use the channel whenever they have questions or want to provide feedback. They can also receive around-the-clock news and information that interests them by sending Ö3 they preferred keyword. Users can choose between Newsflash, Sport, Horoscope, and Weather.

German television station RTL made the WhatsApp service available as part of their RTL NEXT initiative. Subscribers will receive the most important news on the mobile phones every day between 8 a.m. and 8 p.m.